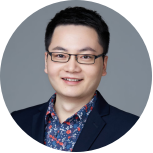 If your friend is coming to visit your country and wants to be respectful of the customs of your country, what advice would you give to him?

Do you think that secondary school students should have free periods after their classes finish when they can choose to do assignments or rest?

Students are more interested in politics today than in the past. Do you agree?

To begin, there has been more student interest in political affairs today because of increased living standards. With a booming global economy and increased material prosperity, students have harbored loftier expectations on what their future holds. This sense of anticipation has led them to pay especial attention to the ways in which government policies may or may not disadvantage them. In this regard, policies concerning housing, education, and healthcare are especially sensitive to students. For example, if a government announces there shall be an influx of foreign students into local universities, this policy may provoke contrasting reactions. On the one hand, some would take to this policy believing that increased exchange with foreign cultures can benefit the way they conceive reality. But still some may express dissent through referencing how the spots available to local students may be jeopardized as a result. Indeed, the increasing visibility of politicized campus protests in American campuses today attests to the growing concerns that students have, merited or not, over issues touching on their self-interest. In contrast, the past tells a different story. Back say, 50 years ago, living standards were relatively low and people contented themselves with the knowledge that their destinies lied in the farmlands or in factories. As a result, political news was less voraciously consumed among students, or if it were, the consumers were only the children of the political elites. Therefore, considering the disparity in living standards between past and?present and the implications therein, it is today’s children who register a higher degree of interest in political matters.